Wolfgang Tillmans and the “soulful beat of techno” 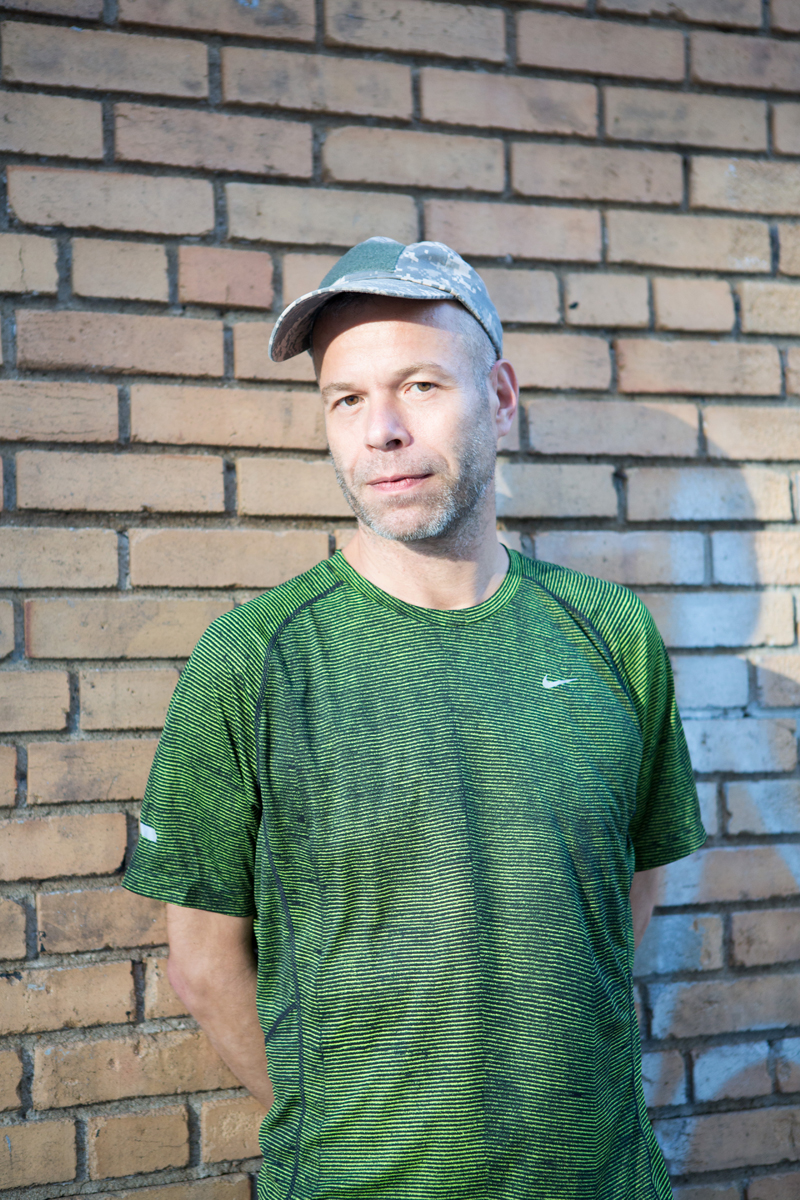 When one of the world’s most visionary photographers starts making techno, you know it’s time to tune in. Unexpectedly shared by Frank Ocean ahead of its official release, the music of Turner Prize winner Wolfgang Tillmans—in line with his viral anti-Brexit campaign—more than ever asserts the artist’s sharp-eyed, unifying outlook on humanity. “I increasingly felt a need to involve myself as a body, a voice, an entity.”

Returning to music after such a long time, we love that you’ve chosen techno as your go-to medium. Was this an obvious decision? How would you describe your personal relationship to the genre?

It’s ambiguous, as after 25 or more years I must say that the loss of lyrics in techno is not all great. House music just about pre-dating techno had inspirational lyrics and actively sought to forge community between people. Techno has always been the less aspirational sister of that—more reflecting of the cold reality than the warm utopia of Joe Smooth’s Promised Land. I love both. But in general the mechanical beat of techno is so soulful, and only cold to those who are not open to it. The contradiction that lies within it is surely the source of its lasting success. Cold and hard, yet soulful.

Both Device Control and the accompanying video deal with the relationship between humanity and technology. Could you describe how and in what— mental or physical—place this track was born?

Over the course of the last couple of years I have with great curiosity observed how smartphone ads promised endless power and control at your fingertip. In particular, the power over recordings and live interactivity. It is portrayed as just a simple human right that’s a fact now, I guess. But of course it’s so incredible; the thought that life is lived and at the same time recorded or streamed in a quantity that can never be consumed or digested. This creates deeply philosophical questions that would have been truly “science fiction” just 20 years ago. I took that assumption of a natural new reality at face value and made up fake ads and promises in one inspired, slightly hung-over, morning session in my kitchen getting ready.

Aside from the release of your new music, your most visible project this year is probably the widespread anti-Brexit campaign. Is there a direct or indirect relationship between the two, besides coming from the same creator?

There has been a gradual shift inside of me, from implicitly outspoken, which I have been all along, to bringing my first-person voice to the fore. I increasingly felt a need to involve myself as a body, a voice, an entity. Maybe the video Instrument last year was the watershed moment. In it I perform a kind of dance, just dressed in white underpants. It is useless yet shows as well to live and carry on—to a rhythm that I’m making myself with the stepping noises of my feet. Cause and effect are closely looped. Since then I knew I wanted to be a more personal voice. My anti-Brexit campaign was born out of a less conceptual origin. Having lived in the UK for the last 25 years I sensed a lack of love for the European idea. I hate the idea that Brexit creates an instinct of competition in people; now we need to prove that we were right. This stupidly popular sign “Keep Calm and Carry On” is really part of the problem. “We know it’s wrong but let’s do it anyway.”

Could you share a little bit of your vision on the work of Frank Ocean and your first reaction to your music being featured on Ocean’s latest album, Endless?

As you may have read, my first introduction to Frank was via my Dutch friends Jop van Bennekom and Gert Jonkers, who thought they had secured an exclusive story with him. It turned out that he had other plans, and a year later he got in touch with me to ask if he could use some of those pictures, originally destined for Fantastic Man, for his magazine and album. During the course of our conversation I mentioned that I was about to release a second EP of my own music. Frank showed interest in that and I sent it to him. He sent me a message [saying] how much he liked Device Control and [asking] if he could sample it for his record. The next thing I knew was that my whole song was seven minutes of his Endless album. I see it as a huge compliment, no matter how weird the antics were of not telling me about the full inclusion. It was genuinely absurd; here I was with a fledgling music career, finding myself on the most anticipated release in American music this year.

Angered Son touches on the homophobic background of the Orlando shooter without further interpreting the cited line from the New York Times—turning it into a haunting loop. Why? What does this song mean to you?

I have always been interested in the idea of surface. That the surface tells a lot about the content, as opposed to merely being superficial. One thing illustrating that so clearly is the reaction two men kissing in public get. It should be a harmless act, but in fact it is a ground-shattering act for some and a tender moment to others. I have always been interested in the idea of the victimless crime. So the intolerance of the visibility of Muslims and the intolerance towards homosexuality in public are the same side of the coin. It’s about holding on to belief systems that are nothing more than that: made up by humans and there to be challenged.

A lot has already been said about your new EP, but not much can be found regarding the artwork. What does it represent?

That’s true and I didn’t draw much attention to it myself, wanting the focus obviously to be to my new endeavour: music. The artwork of the EP picks up the great tradition of New Order’s designer Peter Saville, who developed the graphic idea of the new 12-inch out of the previous one. Half of my Device Control EP is actually a remixed 12-inch of my first release, Make It Up As You Go Along. So I thought it’d be interesting to connect the first and subsequent release by inverting everything into the negative, making yellow into blue.

Reading through a random selection of YouTube comments any day, you’ll often find people saying that artists should stay away from politics. How would you / do you normally counter these sorts of sentiments?

I would have said the same a year ago, by and large. But I realized that no one else is actually raising their voices, and that according to the old cliché, artists actually do have a power to say things that others wouldn’t do. That’s why I chose to call my next exhibition— which opens three days before the US presidential election—Only the Americans have the power to stop Trump. I can’t vote in the elections, and I’m sad because of it.

What’s next for Wolfgang Tillmans? Can we expect more meaningful music?

I feel like I do what I can do best in a meaningful way; it has to work in the medium of choice. Fame is a bad excuse. This summer has been all about music but the activism of earlier in the year will continue. We have a huge task ahead of us, to stop the sense of permanent crisis. Yes, we’re in a crisis, but white Europeans are still not the victims of it. I want to work on a positive outlook, that we can make this work out fine. But as Neil Young said, “it needs a lotta love”.