Because one Gucci look is never enough 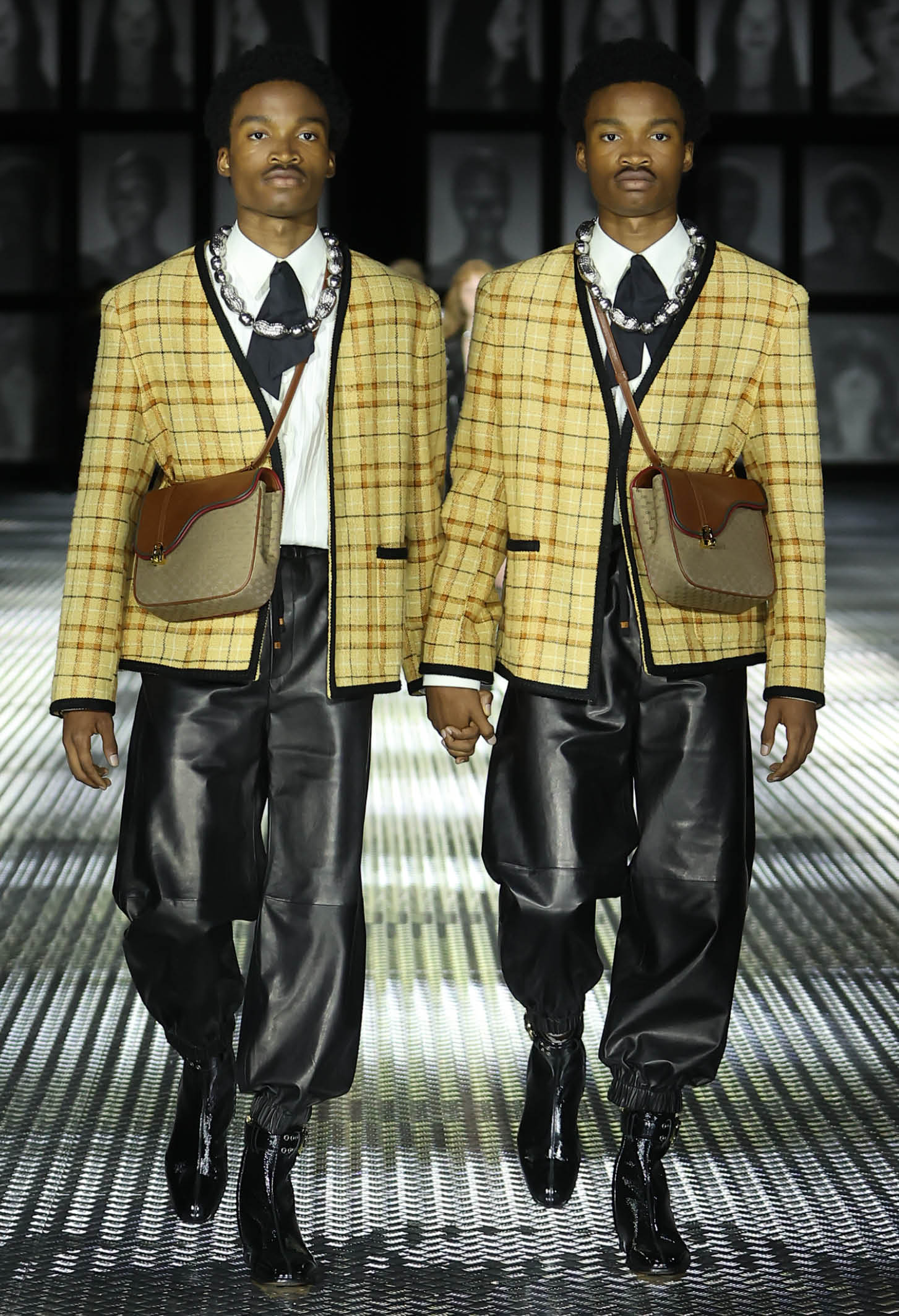 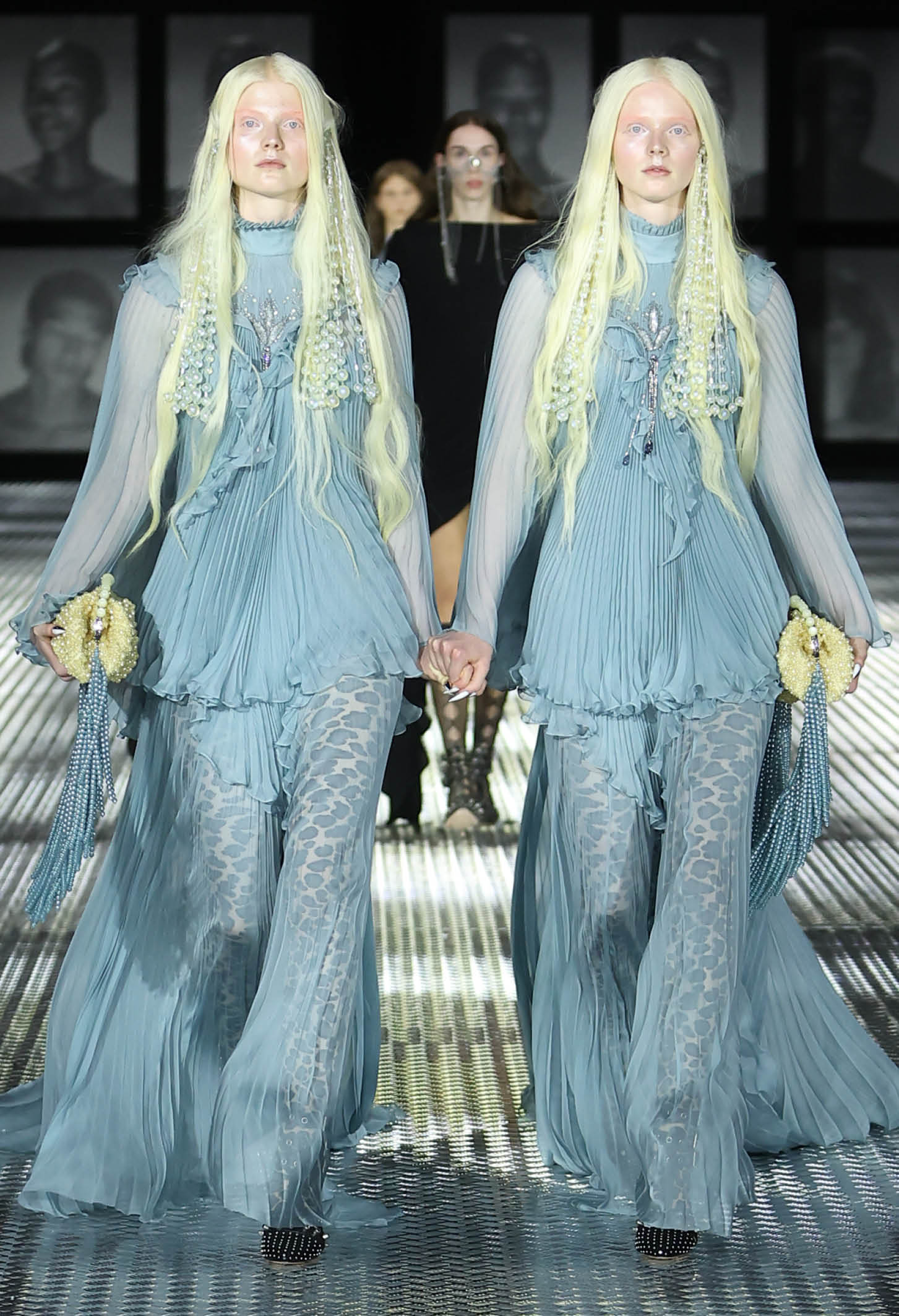 Gucci does it again – a jaw-dropping show with the garments as beautiful as the message. Alessandro Michele, Gucci’s creative powerhouse, was raised by two mothers (at least, that’s how he refers to them). ‘It was so beautiful, my life with a double love’ – he reminisces of his mother Eralda and her twin sister, Giuliana. ‘They were magically mirrored’ reads the Instagram post before delving further into the symbolism and the metaphors of twinship. We’ve seen Michele flirt with the idea of duplication before: in his 2018 FW show he sent his models down the runway holding their own heads, as well as the doppelgänger moment with Jared Leto at the Met Gala. This season, he takes the concept to a whole different level. 68 twins, carbon-copies of each other, take over the runway as they come together from opposite sides and join hands in a mesmerising illusion. The collection itself is also nothing but mesmerising. Bold prints and oversized silhouettes paired with intricate details and generous amounts of glitter – all exuding Gucci’s unparalleled class. Completely reinventing the way a look is perceived, Michele encourages us to observe more carefully. The power of twos both distorts and emboldens Michele’s vision, leaving us in awe.

‘Twinship imposes an experience of decentralization. Recognising oneself as flesh of the world.’ writes Michele. Questioning the notion of identity and otherness, the collection is also inspired by the deeply introspective and the painfully political. Michele takes the idea of clothing as a tool of crafting an identity at its core – in quite a literal sense, as he prints patterns of bolts and silk wrenches on the strictly-tailored skirts and coats. Among other motifs, there is a recurrent stamp of the Fuori! exclamation, by which Michele pays homage the first Italian magazine dedicated to sexual freedom. And of course, we cannot forget about the signature Gremlins, which appear both as stuffed animals and prints (perhaps, a reference to the 1984’s film‘s trope of an evil-twin?). 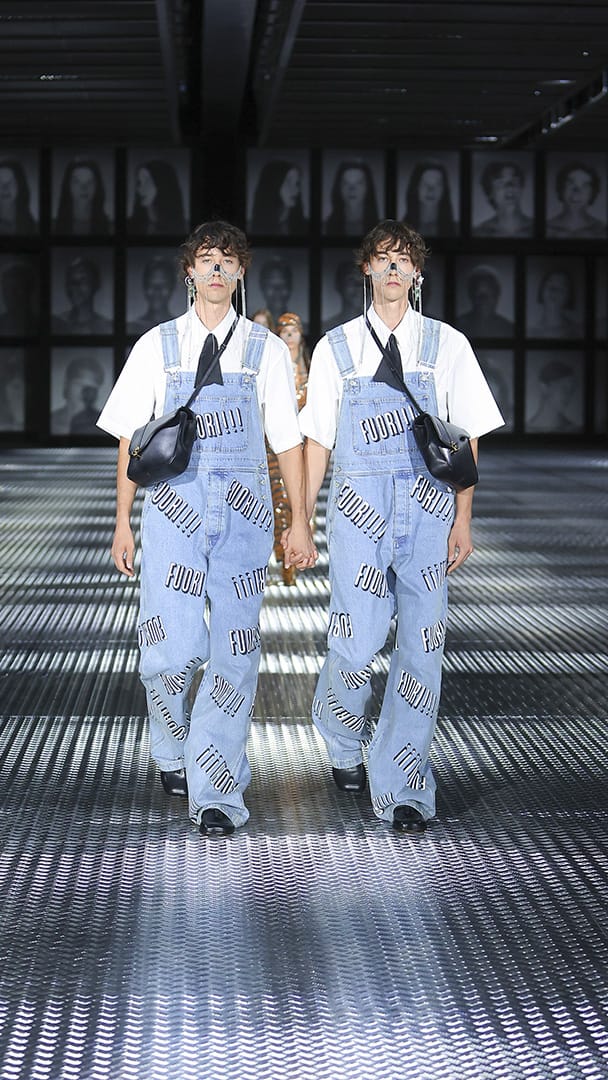 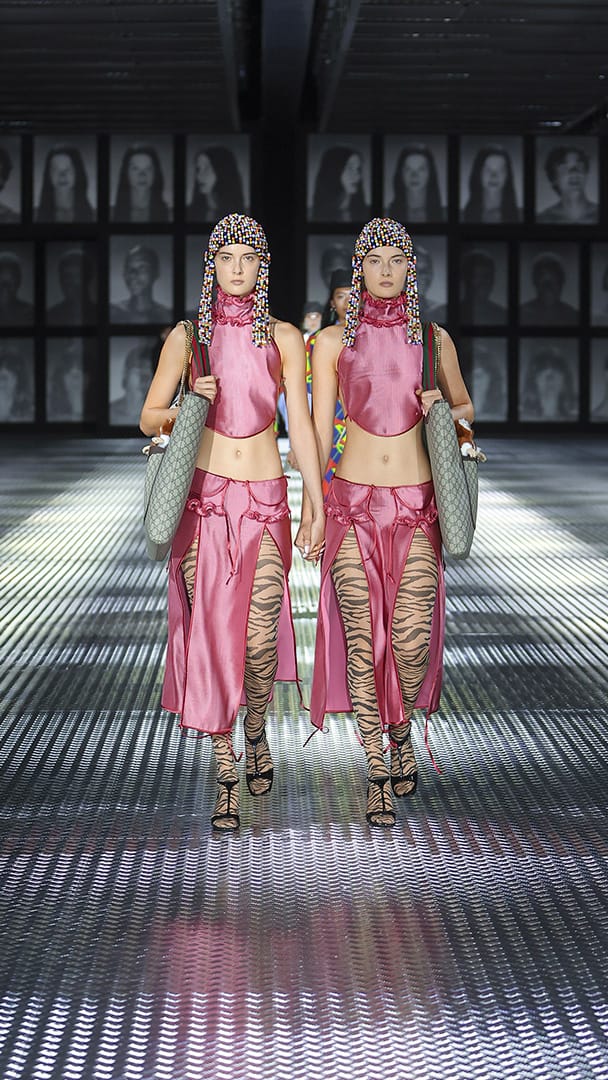 Above all, Michele invites us to come together. Connection, solidarity and camaraderie prevail in the land of Twinsburg, and Michele hopes to channel some of that energy into the outside world. In light of Italy’s election, which put a deeply unsettling far-right government in reign, the message is as relevant as ever. Michele marks twinship as ‘a topos that transcends biology showing us the sense of co-belonging and sisterhood that should guide our trip through this planet’, bringing hope and intimacy for a cold autumn to come.